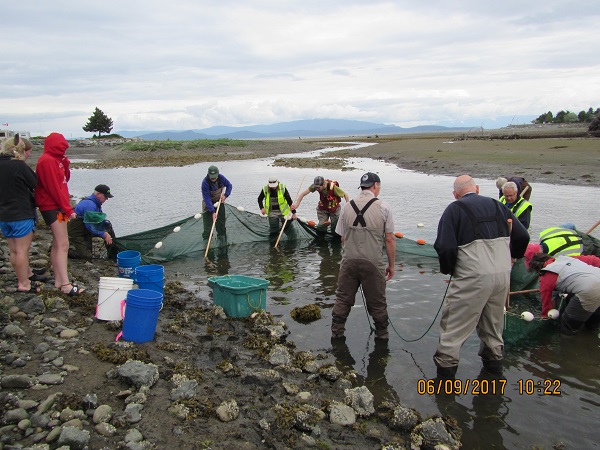 MVIHES is conducting a beach seining study this summer in the Englishman River Estuary as part of a project with the Nature Trust. Thanks to the Nature Trust, one of the man-made dykes in the estuary is being removed. Why you ask? That's a very good question.

The estuary is a place where tidal waters from the ocean move up into the Englishman River, and river water flows out to the ocean. This mixing of salt and freshwater that changes four times daily with the tide, creates a multitude of habitats that support a wide variety of unique plants, animals, birds, and insects. The estuary serves as a nursery area for several species of salmon. 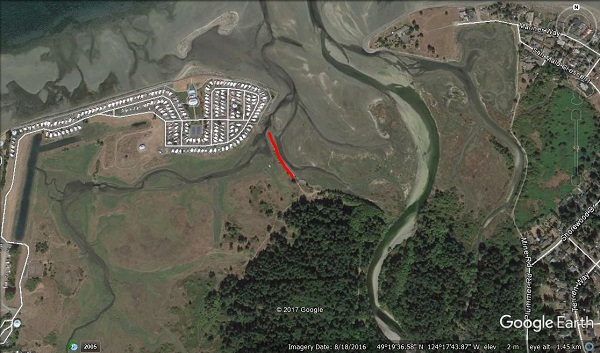 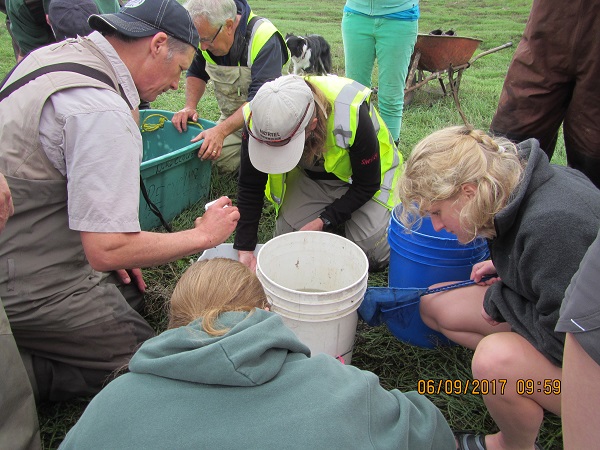 The Nature Trust plans to monitor the changes that occur in the western portion after the dyke is removed. That's where MVIHES and the Arrowsmith Naturalists come in. We are identifying and counting the fish that we capture during beach seining to determine if the numbers and species of fish change after removal of the dyke. The Arrowsmith Naturalists are monitoring vegetation in the western portion to determine what changes occur in the vegetation.

MVIHES completed a comprehensive Bio-inventory of the estuary in 2008. The sites 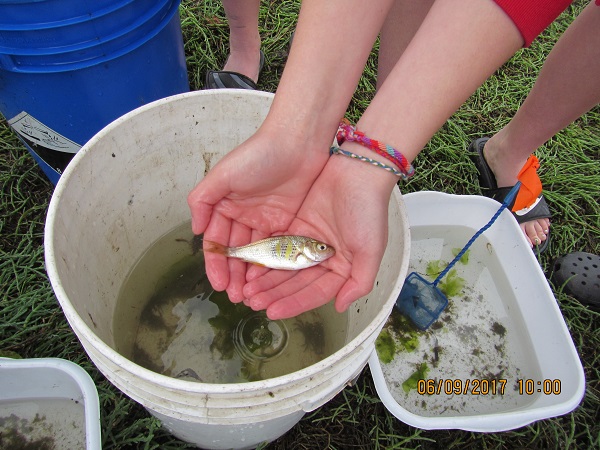 where beach seining occurred during the bio-inventory are being used in this year's study, so not only can we compare results from before and after the dyke is removed, we can also compare with the results in the bio-inventory.

Come on out and join the fun, learn to identify the different fish species, and know you are collecting some valuable information that can be used in future estuary land management.