Welcome to the Shelly Creek Delicatessen

You may remember Braden Judson, a biology student from Vancouver Island University (VIU), who did his undergraduate research project last year on the eating habits of the resident Cutthroat Trout population in Shelly Creek.  This project was the brainchild of Ross Peterson and Pete Law of MVIHES who approached VIU for a student to conduct the research. The MidIsland Castaways Fly Fishing Club provided a donation to fund Braden's travel expenses between Parksville and Nanaimo. The results of the study are in and are really interesting, if not surprising. 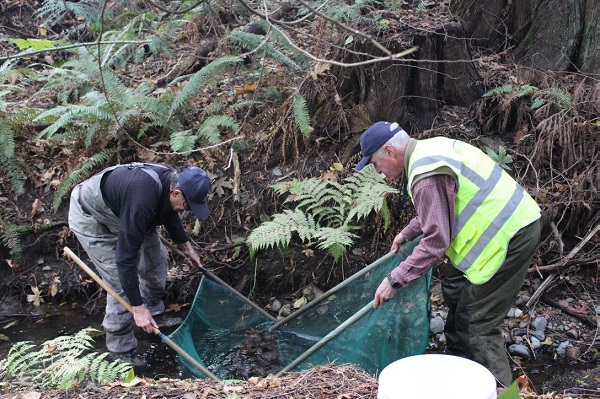 With the help of volunteers, a total of 83 Cutthroat Trout were captured with a net called a pole seine on three sampling occasions in August, September and October.  Each fish was weighed, measured and its adipose fin (tiny fin made of fat at base of tail) was clipped so we can distinguish these Cutthroat Trout from those that enter Shelly Creek via the Englishman River when we operate our smolt counting fence downstream each spring. 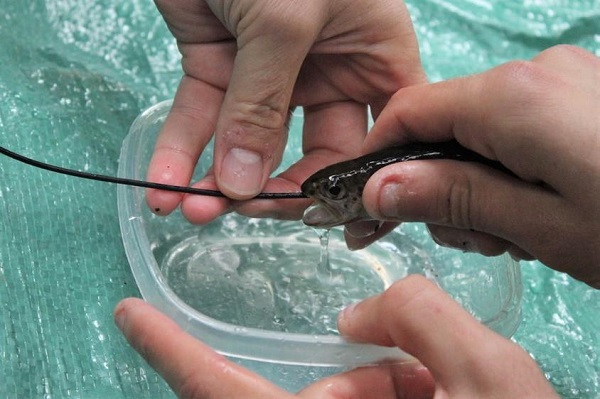 Following these procedures, Braden perfomed a gastric lavage on each fish. I know, it sounds like a menu item for French cuisine. It's actually a scientific term for stomach pumping. It takes quite a bit of skill to extract the stomach contents of a tiny fish without harming it. The stomach contents of each fish were collected, preserved and identified in a lab at VIU. Nice work, Braden! And yes, the fish were released back into the creek, perhaps a little perturbed at having lost their lunch. 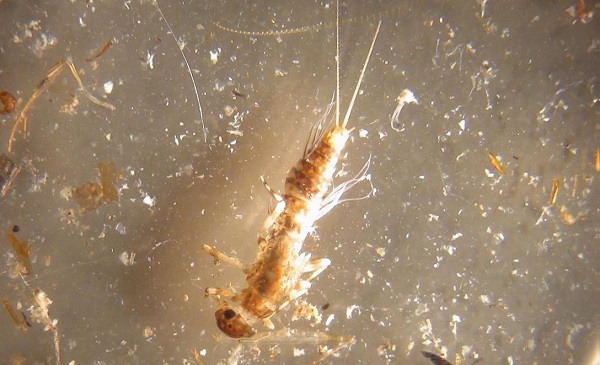 Braden found that half of the items the trout had eaten were the ususal inhabitants of creeks: mayfly nymphs, stonefly nymphs, caddisfly larvae, fly larvae and water striders. 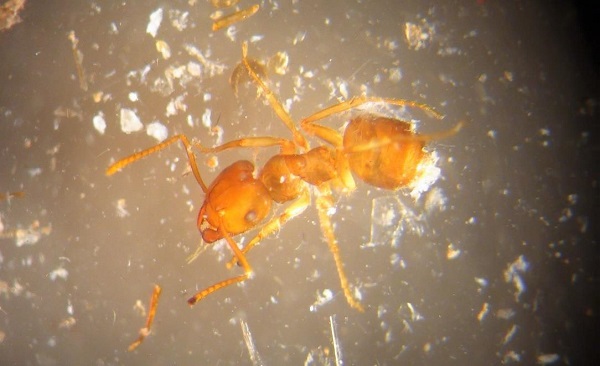 The other half were critters that live on land: pill bugs (or wood bugs) ants, wasps, springtails, beetles and spiders. Wow, half the diet of these trout comes from land! This emphasizes the importance of vegetation along streambanks and tree canopy that hangs over creeks. These insects (and spiders) most likely fell off some foliage overhanging the water.  Good to know that the ferns and shrubs volunteers planted alongside Shelly Creek in March should help keep the trout fed.

Braden's research paper is available in our digital library and can also be accessed here. We wish Braden well with his studies and thank him for his diligence. Many thanks to VIU, the MidIsland Castaways, and our MVIHES volunteers for their support. And thanks to the City of Parksville Parks Dept for letting us conduct this work in Shelly Park.