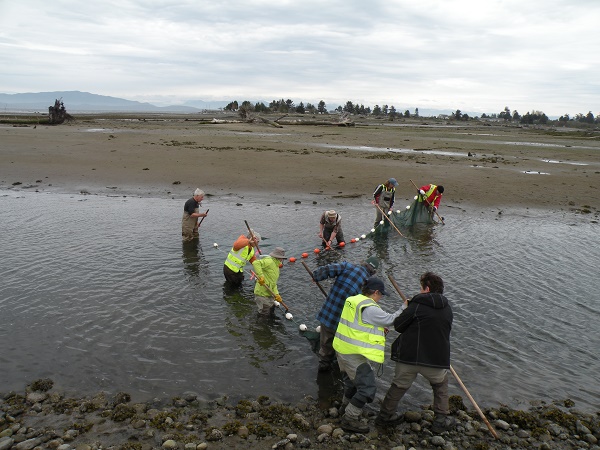 On April 20, ten volunteers under the direction of our Dave Clough completed a beach seining survery of the Englishman River Estuary. You may remember that last year we conducted a similar survey before the dyke was removed by Nature Trust in an effort to restore natural ocean flow into the estuary. 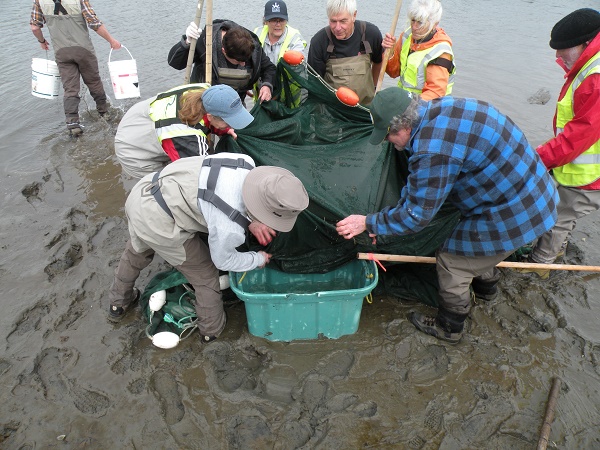 We are repeating the survey to see if there have been any changes to the fish species and numbers that use the estuary since the removal of the dyke. We noticed right away that the flounders we were catching were larger than last year, and that we were also catching sand dabs. The other fish were the usual suspects from last year: sculpins, gobis, stickleback and loads of shrimp.

Only one person fell in this time as opposed to six people last year, LOL, so  we're getting better.  We will beach seine again one day in May and one  in June so we can observe changes throughout the season. Come on out and join the fun. We'll announce our next seining event via email. 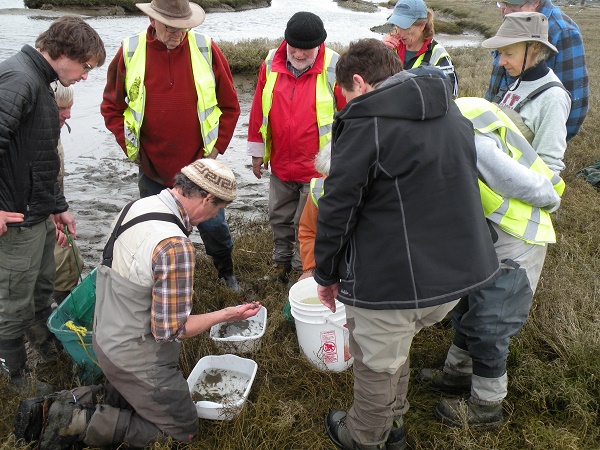 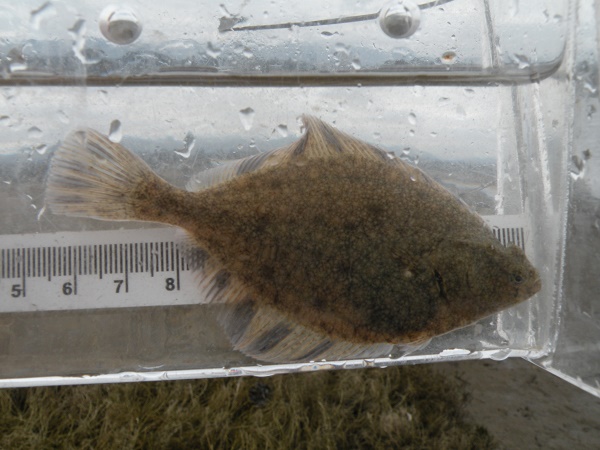 The monitoring program is overseen by Peter deKoning (standing on the left in photo), Restoration, Inventory and Monitoring Biologist for the Ministry of Forests, Lands and Natural Resources Operations (FLNRO).  The Nature Trust has a Partnership in Conservation with FLNRO.