Hangin' With the Salmon Fry in the Estuary

One fine day in May, MVIHES volunteer James Craig went snorkelling in the Englishman River Estuary to check up on the salmon fry.  He took some amazing photos of Chinook, Coho, and a few Chum Salmon fry hanging out in a variety of hoods (MVIHES slang for aquatic neighbourhoods). Some of his observations are below. 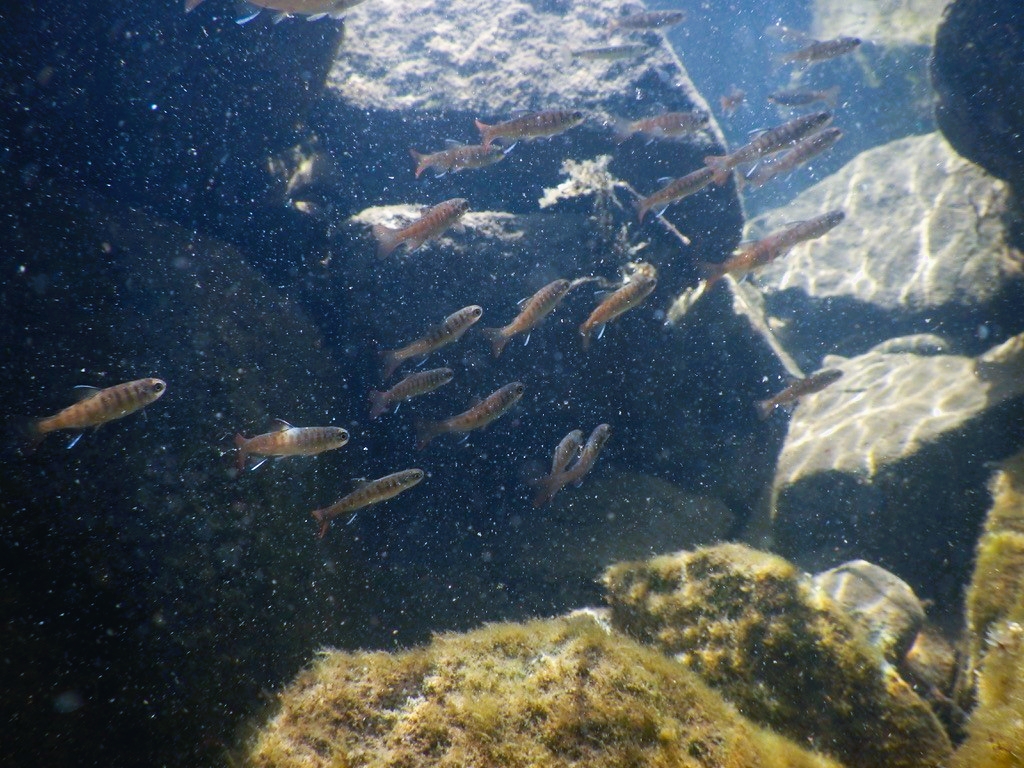 The left-hand photo shows Coho fry taking cover amongst rock and boulders, also called riprap.  The fry will remain in the river/estuary system for a year before migrating out to the ocean. 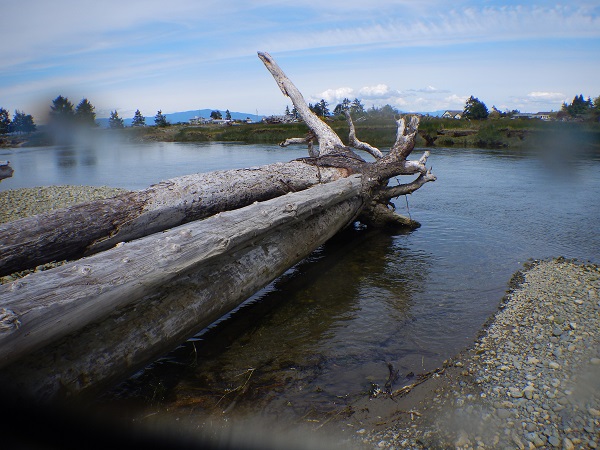 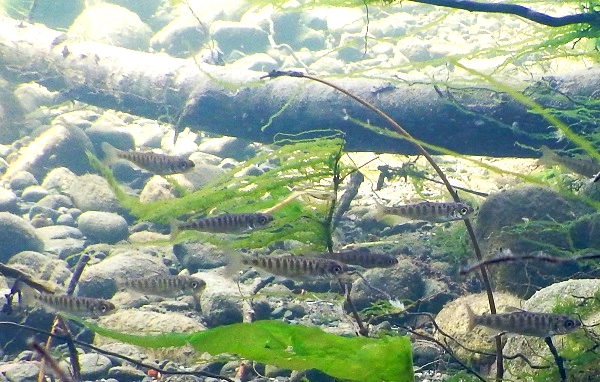 The above photos show eight Chinook fry lurking beneath an old tree that washed up into the estuary. Englishman River Chinook fry only hang around for about 90 days so will probably head out to the ocean by the end of June. 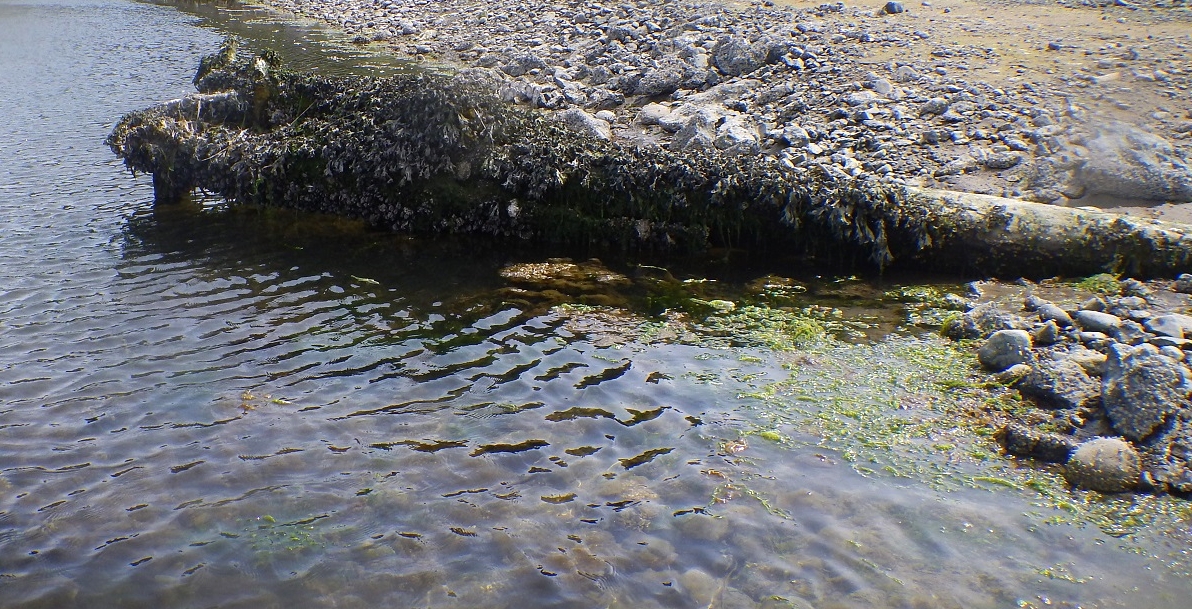 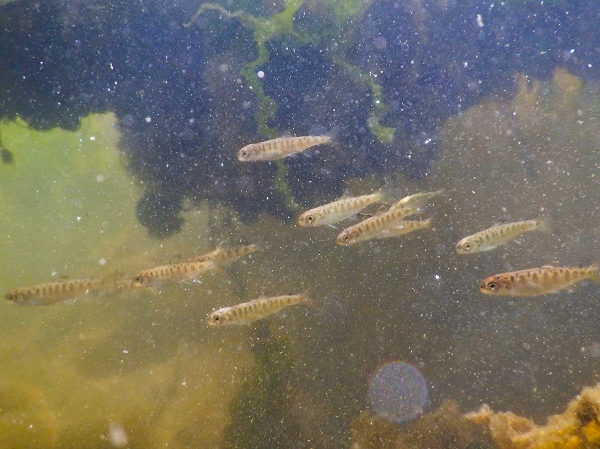 Some of you may remember that in 2017, Nature Trust of BC removed a dyke that impeded the natural tidal flows in the western section of the estuary.  Restoration work included placing large woody debris (LWD) in the form of trees and logs in the foot print of the removed dyke. One such piece of LWD is in the above left-hand photo which was harbouring Chinook fry, as seen in the above right-hand photo.

Nature Trust also enhanced a channel in the estuary that branches off from the Englishman River to the west. James observed more than 500 Coho fry in this channel where deciduous forest lined the bank. Salmon fry were scarce where the channel became shallow and veered into open mudflats. 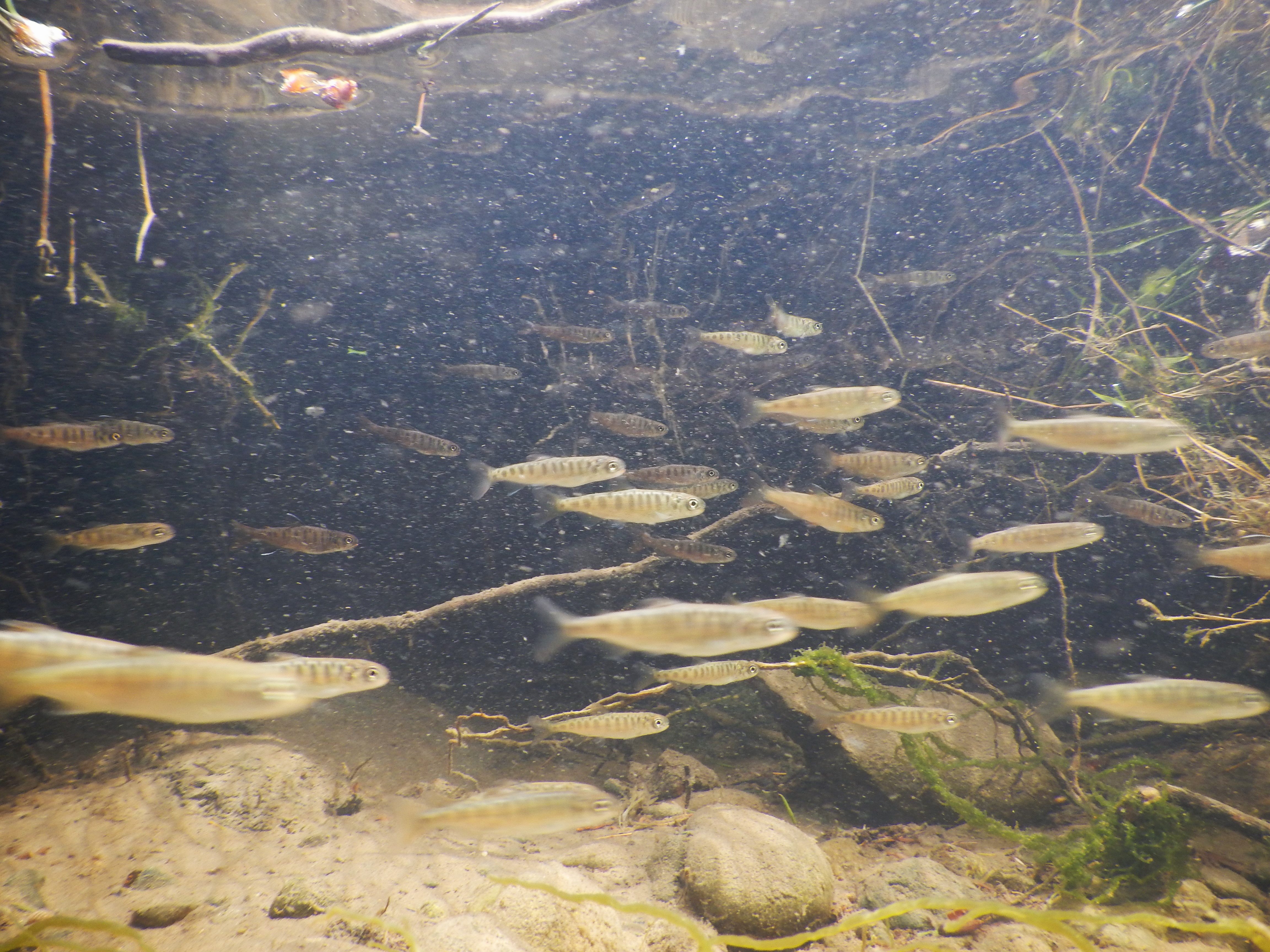 A marauding gang of Coho, Chinook, and Chum fry was observed taking cover below an undercut of the river bank. Such a popular spot! 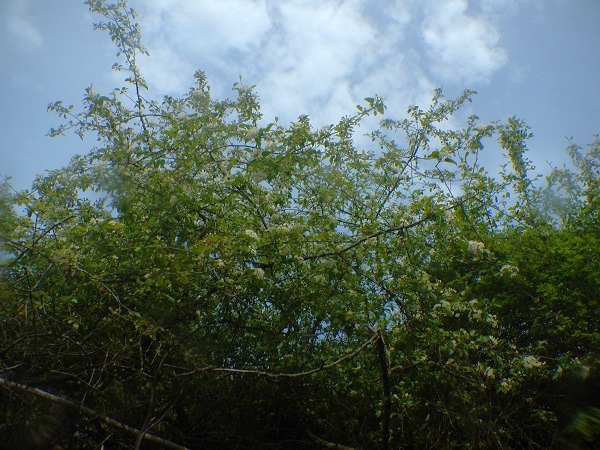 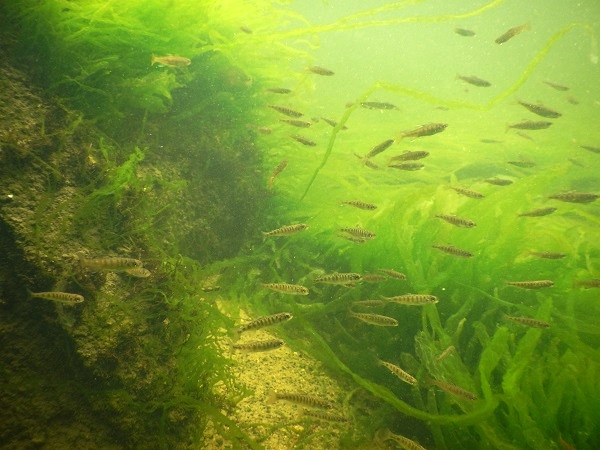 But the most popular hood of all was a section overhung by Pacific Crab Apple trees (above left-hand photo) that were providing shade, and probably some tasty insects as they fell off the leaves, to at least 785 Coho, Chinook, and Chum fry. The above right-hand photo shows them enjoying the privacy offered by sea-lettuce and other aquatic plants. James has been checking up on the fry in the estuary since 2017 and has found the section under the crab apple trees harbours the highest densities of salmon fry. An important observation that demonstrates the importance of maintaining trees along shorelines, and aquatic vegetation in near-shore environments.

Many thanks to James for sharing his photos and observations. We can't wait to see what he gets up to next.